Okay, we’re at the Archive. We have a topic, and we are facing the empty search box. 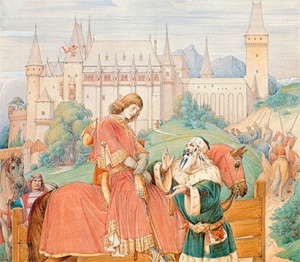 You might put in “medieval Paris” and you will get a lot of old books about even older times. This is a bit dangerous, as apparently some of those Victorians were smoking strange stuff in their Meerschaums when they wrote about the past. It has been said that the farther back you go, the more modern your references need to be. I’ve been studying the Middle Ages since high school (figured it was necessary to write high fantasy) and the changes in how we picture the Middle Ages just since then have been amazing. Now, I can read the big volumes by Paul Le Croix and call BS on a lot of his weirder stuff, and even what was considered normal back then. This is no place for beginners.

No, as an inexperienced researcher, you don’t want to read what Le Croix said about knightly combat or ladies’ costume (his interpretation of a sideless surcoat had my costumer’s eyes bugging out in disbelief). What you do want to do is look at the zillions of pictures he collected, like a big Pinterest page. You want to read him very cautiously. Take what he quotes from original sources and back away from his own interpretations.

What you are looking for are the medieval French primary sources, like The Book of the Knight of La Tour Landry, the closest we have to a medieval etiquette book, or Froissart’s History, which is the Hundred Years Wars and events roundabout, as researched by talking to people who were there, or sometimes heard from Grandad. It may not even be accurate, as Herodotus or Xenophon may be inaccurate in their histories, but it’s what people believed happened. Mere facts you can get from modern historians. You are looking for everyday life and its flavour.
END_OF_DOCUMENT_TOKEN_TO_BE_REPLACED

Okay, so what was the nitty-gritty of SKU for 1000 tree books and 2000 orderly bundles of electrons?

Already, we looked at the database and what fields it needed. At that level, no difference between the two.

In the real world, I had to designate the physical locations by some method. First step was to list the room (bedroom, office, frontroom, kitchen), then where the books stay (say, in the office, Bookcase A or B, the little bookcase on the other side of the room, the shelf in my computer desk, Patrick’s alcove, the music book bag, &c). In a bookcase, there’s the shelf designation, from 1 at the top to 5 on the bottom, and a final small “b” means that it’s in the back row.

Having printed out the partial list I had, I stood at the bookcases, pulling out books and making notes on the backs of anything without any entry. Others, I just updated the location. When things got too messy, I went back to the keyboard, keyed it all in, and printed it out anew. The whole thing is only half an inch/13mm thick, printed prettily and tucked into a D-ring binder of a close size.

Some time I would like to invite the total chaos of storing everything by size. As it is, segregation by project still dominates location. I just wasn’t up to wholesale removals, though I did some shuffling inside a room.

Ordering the e-books was simple and straightforward. Their storage is on the terabyte drive, under “Ebook Library.” Looking at the picture probably tells you the most. After all, I am the promoter of sub-files. END_OF_DOCUMENT_TOKEN_TO_BE_REPLACED 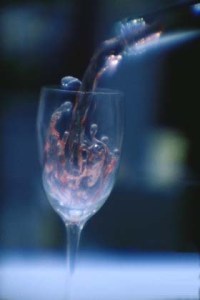 At least all the non-fiction I can find. Total: a few dozen over 2000. I’m allowing for finding and eliminating a few more duplicates in the database.

That does include a few fiction items, including those that are research. (Some just fell in accidentally, and in SKU you don’t worry about it.) A novel written about a war, while it’s going on, can tell you a good deal about attitudes, if not reality. A novel of a quiet period can give you a hundred details of everyday life, especially when you have several to compare. You need to figure out if someone’s behavior is kind of universally expected, or outré, or simply the author commenting on character. I always hark back to Bulwer-Lytton inadvertently preserving for us the fact that people used to feed their canaries lump sugar as a treat, or Jane Austen the list of Gothic novels not suitable for young ladies.

I am still facing organizing the e-books for Early Dreamers, and that looks like another 300 or so is all. (whimper)

But for now, there’s champagne chilling, corned beef and potatoes in the foodbot, and a Krispy Kreme cake to bake. Celebrate the little victories along the way, or you’ll never keep your hand in at popping corks if you only wait for big ones.

It used to be so simple to figure out “historical fiction”: the date of the setting began with an 18 or less.

But now, in 2016, how do we consider the century-old 1916? Things made then pass through customs now as genuine antiques. How about the approaching century mark for the 1920s, even WW2? And how in the world do we consider a steampunk secret history?

Let’s try to make the easiest cut first, which happens to be the biggest one: real history from alternative history.

It’s only sporting to let your readers know you’re doing alternative history somewhere in the cover blurb, an afterword, or a 50-word intro. Otherwise, there are enough junky writers out there that the reader may think you don’t know that Queen Victoria never remarried or that Napoleon was sent to exile in Elba first. With you sending him to St. Helena’s right away, why, the Hundred Days and Waterloo won’t happen! (And that was your point: France without the great Romantic binge of the Hundred Days.)

Also, there are enough people with poor history retention that they may believe your rendition is fact, and your story, so much more vivid than their high school history class, is going to stay in their head as the real deal. I’m thinking here of a reviewer of the film, The Silent Village, who thought it was a vital documentary, and we should never forget how horrible the Nazis were after they occupied Wales, and why that made our part in WW2 so necessary …
END_OF_DOCUMENT_TOKEN_TO_BE_REPLACED

No, the problem to which many are prone in historical fiction writing, that what is around today was around in the past, just with brass ornaments. Many seem unwilling to say, “There wasn’t anything like this back before the digital revolution.”

This is a thought pattern entwined with the *Your Friends in Funny Clothes* flaw. It’s the anachronism of assumption, like “There have always been houseplants” or “Nice people were never racists, let alone classists.”

This is most likely to show up in Near History settings, but sometimes the 19th century. Someone wants to transfer an activity or a personality type (the friend, being re-dressed) back from the present. Rather than researching what people were like or what they did, the inept research-avoider grabs what they think applies, based on wrong assumptions. Which is usually based on lack of knowledge of the target time, or anything in between.

What, before WW2, would have been the equivalent of the person who lives on social sites, forums, and chat rooms?

I don’t have to make up this answer. On one forum thread, a group decided “of course” that the equivalent, before radio, of the Internet, must have been telegraphy.

It’s so obvious! It’s electrical/electronic, and reaches all over the world, and so those kinds of people must have learned Morse and chattered to strangers on the wires all the time.

See, they had jumped some gaps in their knowledge, and landed in nonsense up to their earrings.
END_OF_DOCUMENT_TOKEN_TO_BE_REPLACED

Quite an assortment of you from around the world are either following this blog or have liked it and, I’m sure as I do to others, drop by now and then.

I don’t know if you’ve ever stopped by my site to read my theory on basic research for historical fiction, 50 Books. Everyone who likes writing histfi knows that doing the research can take over your life, which is part of the fun. The 50 Books theory is to guide the neophyte into not missing important areas, and remind the rest of us that, oops, we need to check how the other classes are living or what really goes into getting a meal on the table, or a table with a meal on it, or how long to get from hither to yon, or what the small talk is about.

Along with that, I have some exemplar guides, finished and partial, for myself or researched for others, on different periods I’ve written in, or planned to write in, from 396 BC Peloponnese to WW2 New York. Sometimes it’s the research failures that pulled the plug on the project, and using the 50 Books has helped me figure that out, and where the holes occurred (which doesn’t bring the sources I need into existence). At least one is a project off in the stages of “I need to assemble the research and begin reading”: in this case, I want to make sure I have my gaps filled before I sit down to a shelf-load of books, and especially before buying those expensive Osprey military monographs.

My concern, as I consider revising the list that goes with the theory is — do I have too much history in researching historical fiction?
END_OF_DOCUMENT_TOKEN_TO_BE_REPLACED

Personal aircraft, small enough to fit in a garage with the wings folded. Especially the one you could take the wings off at your destination and drive them into town. How many inventors have announced theirs in magazines, set up to sell to an eager populace, and went broke? How often have we read about them in science fiction, only to have them never materialize?

True, over the years they have tended to become anti-grav cars, skimmers, jump-cars, and lose their wings, but why are we all still stuck in rush hour, only dreaming of hitting the button and leaping skyward out of the jammed traffic?