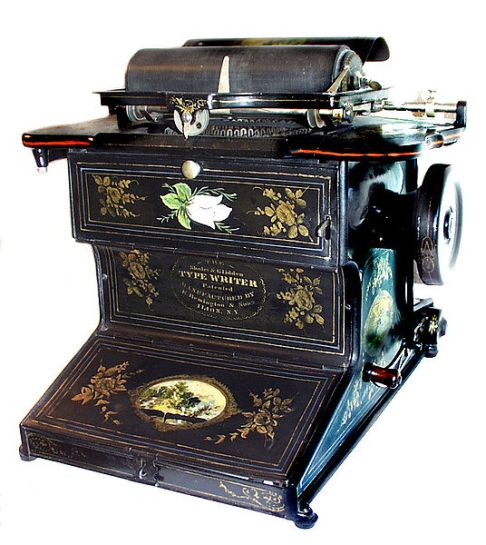 Any good book on grammar and punctuation can teach you much of what a low-level revision requires. The low-level revision is also known as the line-edit. It’s the last thing a writer needs to do. Literally. You don’t have to worry about that until the last draft before it goes to an editor to read, but it’s good for the beginner to run one earlier to start seeing what the mistakes are. You can start training yourself to just not do them, or do them less often.

For fiction, you may also need to know conventions of representing speech and thought (very different than MLA Handbook quote conventions), and looking for infodumps, telegrams, reaction before stimulus, and other fiction snags. An eye for spotting these is probably best developed in online workshops, where writers critique each other’s work. I suggest online because in-person critique workshops can be emotionally rough and, since they are based on only the few people in your immediate geographic vicinity, not common interests, sometimes they aren’t a lot of use. Different genres have different templates and the experience of many of us is that someone who never reads romances cannot decently crit a romance novel; someone who never reads specfi has no idea of its conventions of how to read a story, which is very different than the rest of fiction (as James Gunn explicitly pointed out in his courses).

What has been missing is a guide on how to do high-level revision, which is about plot structure, world-presentation, characterization, and templates, not commas and Tells. It requires looking at the very basics of your story. Rather than looking at the beast and deciding it needs dark hair rather than light, you are looking at whether it should have fur or feathers or scales, or maybe be a plant. Because the high-level revision addresses the underpinning of the story, it’s not easy to set down as simple rules the way low-level revision can be. Also, what is good or bad depends on your genre as well as many other things going on in the manuscript. These blogs can guide you, but you must apply it with your own wit and judgement.

Spectrums
As writers have met each other online, in groups of hundreds and thousands, not just the six or ten in our local area, we have found that there are different wirings involved here. No one method of writing suits everyone. Some people have their writing ruined by trying to force themselves into unsuitable patterns.

There are three spectrums onto which we fit, three axes of a 3D graph of where we lie among writers. Of course, few people fall onto the far ends and most of us mix traits in the middle.

Plotter vs. Pantser
Railroader vs. Grasshopper
Crafter vs. Blitzer

A plotter does just like a well-known system: they lay out the whole story in an outline or synopsis, write character interviews and biographies, fill out scene cards, and so forth. They sit down to write the actual paragraphs knowing what each scene has to contain and accomplish. The insistence of some groups that this is the only professional or useful way to write has ruined some people on writing. That’s because they are more or less pantsers, those who write by the seat of their pants. When they have written out all that preparatory stuff, they no longer have the least urge to write the story: they have written it, to their muse. The actual writing never drags itself beyond chapter three, if that far. Someone working by the pantser method may research background even farther than a plotter, because they are trying to feed their heads with possibilities. But they don’t write out the story line. They take a setting, a couple of characters in collision, a place they want to wind up, and it is in the course of writing that they themselves discover what the story is about.

The railroad writer starts with the opening paragraph and writes everything in order to the end. If they run into a snag, they are halted until they work it out. Grasshoppers jump all around a story. They usually write the opening scenes, but then they jump ahead to catch later ones that just sprang to mind. They often then write the denouement, then the climax section, and the end of the middle, with other scenes around the beginning and middle. Then they “donut write” to close the holes.

Crafters may write one page a day, perhaps two, if they are organized and have their schedule laid out for daily writing (which they need to do). Each scene, even each paragraph, is perfected and polished before moving on to another. For them, they think, revising the finished story is a matter of a little polish on the top, or on transitions if they’re grasshoppers. If they’re pantsers, they may need to go back and adjust some small things at the beginning now that, at the end, they know what the story is really about.

Blitzers brain-dump a draft of the whole story, then go back and revise. They may do it after plotting to a fare-thee-well or diving in with only a setting and conflict. They may do it front to back or backwards and all over the place. A blitzer in revision may throw out twenty thousand of a hundred thousand words written, and write another ten thousand or more. Despite all the verbiage they create and dump, they often have their salable draft ready sooner than the crafter.

In effect, crafters revise as they go, on a low level, that of the perfectly chosen word, the air-clear sentence. This works best if they are also railroad plotters. Blitzers of all kinds turn off the Internal Editor and let the words roll. Then they give the Internal Editor a chainsaw and a scalpel and turn it loose in revision.

Where you fall in the spectrums is as individual as what you like for lunch or whom you marry. There is nothing to choose between them, that one end of the spectrum is better or more efficient: it’s a matter of personal wiring. Any judgementalism is due to people favoring what they themselves do as Right. That may be so Wrong for someone else.

If nothing else, blitzers certainly need to learn to revise at the high level. Crafters do, too, lest their low-level polish blind them to structural flaws that may have been there since the detailed outline.

But blitzers get more practice at it! This has probably been my advantage in figuring out how to do it: I’ve done so many rewrites. Also, online workshopping is revising someone else’s work, and years of that have given me more practice yet in what needs most often to be addressed. (I am, in fact, a pantser grasshopper blitzer, somethng like 80-90% on all three spectrums. Think of me as Chaotic Good.)

So I hope this works for you as it has for others. If not, pick up a few tools out of the kit, and look for something that suits you better. I’m certain that there’s probably wiring differences that will make this less good for some people than for others. Just as writers don’t all write one way, no one means of revision will fit all.